Can’t find what you are looking for?

Across the U.S., beer drinkers are now developing a taste for unique beverages distinct from the classic beers of the past. New craft beers are entering the industry at a rapid pace and are taking a significant percentage of the market share from the leading brands. In no other state in the U.S. is this trend clearer than in Ohio. In this new post, we’ll explore what’s happening in Ohio’s craft brewing industry and explain more about the factors impacting the trend.

The Stats Behind the Trend

The data shows that in 2018 alone, Ohio craft breweries had a $1 billion impact on the state’s economy. There are now over 300 craft brewing companies across Ohio and the state is now 4th in overall barrel production nationwide. 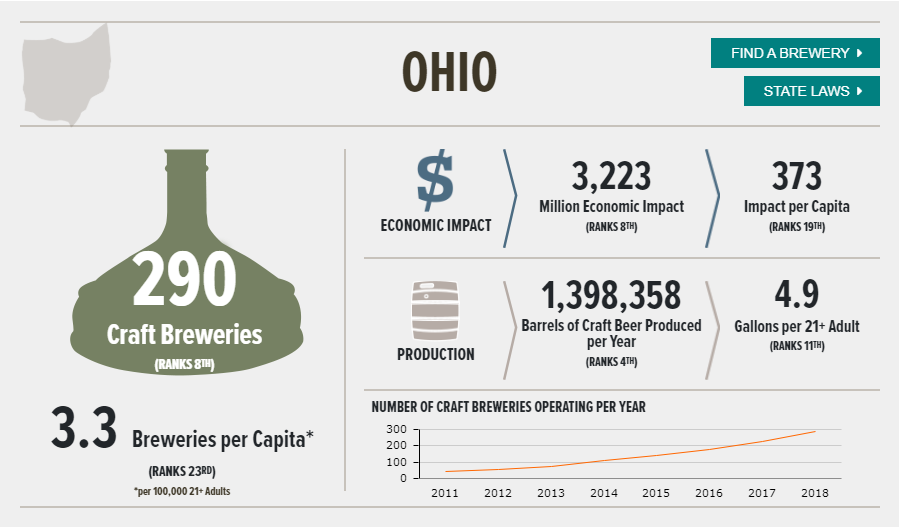 Consumers are acutely aware of the impact that their purchases make at the local and national level. They are increasingly deciding to buy local rather than support larger companies.

Another great advantage that the smaller Ohio craft brewers have, when compared with the nationwide leaders, is their ability to respond to very specific consumer preferences with distinct products. While larger companies must use their resources to appeal to a wider audience, smaller companies can focus and serve niches.

This means that smaller craft brewers are creating products that you cannot find anywhere else across the market. In addition, consumers benefit from a unique experience when they select their personal favorites from local craft brewers.

The larger brewing companies must undertake a significant marketing campaign and reshape their manufacturing processes when offering a new product. Smaller brewers can be nimble and develop test and deliver a new brew to their customers in a shorter time period. This offers craft beer drinkers the opportunity to sample a new flavor (or two) as often as they wish.  By keeping it local, brewers can keep it interesting.

A Bright Future for the Industry

SMB Machinery offers new and used beverage equipment for the brewing industry. Contact us and speak to one of our experts about your brewing needs. We’re here to help.